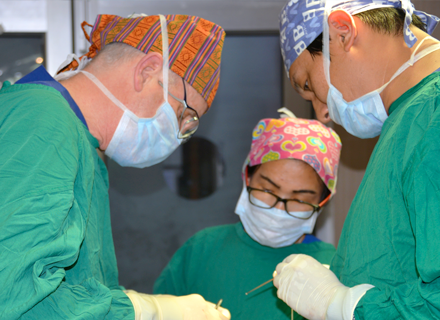 Dr Mark Moore is now the senior cleft lip and palate surgeon in the South Australian statewide cleft service and the Head of Unit of the Cleft and Craniofacial SA (C&CSA) at the Women's and Children's Hospital (WCH) in Adelaide, and is overseeing the transition and ongoing improvement of this unit after the retirement of its founding HOU Professor David.

Other specialists may be called upon depending on the overlap of the craniofacial condition with other bodily functions.

The craniofacial conditions treated include:

"Kindness is not an act, it is a lifestyle"